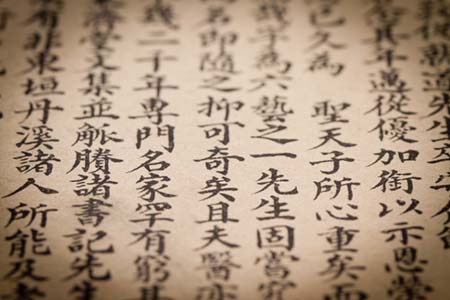 The scope of Chinese medicine encompasses several practices such as acupuncture, herbology (supplements), diet and lifestyle.  Its development is deeply rooted in over two thousand years of observation and philosophy.    It is quite different from the western scope of medicine.  Western medicine is very concerned with cause and effect, what caused what to happen within the body in a linear direction.  Second, Western medicine breaks the body down into parts.  They look at individual parts versus looking at the entire system and the impacts that are happening systemically.  As Ted Kaptchcuk, O.M. D, and author of The Web That Has No Weaver,puts it, the question is not “what X is causing y?,  but rather what is the relationship between X and Y?”  This relationship is the foundation for Chinese medicine.  “The Chinese method is based on the idea that no single part can be understood except in its relation to the whole.  A symptom therefore, is not traced back to a cause, but is looked as a part of totality….that a part can be understood only in its relation to the whole” Ted Kaptchuck

Two of the root premises of Chinese Medicine are the principles of yin yang  theory and “qi”.   Yin Yang theory is a relatively simple but deeply profound concept.  Yin and Yang are opposites but they are also a part of each other and within each other.  In essence, one cannot exist without the other.  There are no absolutes.  Everything can be broken down into yin and yang.  Originally, the term “yin” meant the shady side of a slope, while yang was the sunny side of the same slope.  Both are opposite but both also transition and flow into each other, both are connected.  You cannot have one without the other.  Yin and Yang represent balance and harmony.  They are aspects of everything that makes up our bodies, our environment and our universe.  We have yin and yang aspects within us.  Yin for example is the blood, fluids and substance of the body.  The yang is more of the energy of the body.  Yin is quiet, Yang is loud.   Yin is the moon and Yang is the sun and so on and so forth.

The definition of Qi lies in its descriptions and its functions.  It is not just simply “vital energy”.  Rather than an absolute, Qi is a state of being.  Qi is involved and is present in the beginning, the transformation, the transition and the end result, “it is the cause, process and outcome of all activity” (Ted Kaptchuk).  Within the Chinese Medicine scope on a physical level, Qi in the body not only has to do with movement i.e.: walking, running, jumping, etc., but also with the flow of blood and fluids, physical strength, and transformation.  Physical structures within the body such as veins, arteries, and connective tissue are maintained because of Qi.  Qi prevents the blood from leaking out of the vessels.  It also warms and protects the body.  On a more emotional level, Qi has to do with motivation, awareness, focus, clarity of mind, balance and managing stress.

Both Qi and blood flow through a network of pathways within the body called meridians.  However, meridians are not blood vessels.   Rather they are a network of channels within the body that connect together and flow within all organs, endocrines, and body parts.  There are specific areas that lie along these pathways that when triggered by stimuli such as an acupuncture needle, produce various balancing and harmonizing reactions and responses within the body.

Acupuncture is the practice of inserting very thin sterile needles into the skin in these specific locations.  There are 359 traditional points, but in total there are approximately 2000 acupuncture points.   Each point has several different functions.  The needle acts as the triggering mechanism.  It is like turning on a light switch.  For example, blood flow and circulation are improved, pain relieving hormones are released, and toxins and inflammation are reduced and more.

Acupuncture needles themselves are very thin, no thicker than one of the hairs on the head and nothing is injected into the body.  The client may experience a slight prick sensation upon insertion, which goes away very quickly.  If a point is painful it will feel like a sharp sting that doesn’t stop.  This means that a hair follicle was hit.  The pain goes away by removing the needle and giving the area some time to “calm down”.  The second insertion is very rarely painful.   Minor side effects may include minor bruising in the insertion area. The needles are typically left in anywhere from 10 to 25 minutes.  Acupuncture needles are disposable and one time use only.  Resterilized needles are not used in MD, VA and DC.  During a session, a person may experience feelings of deep relaxation, tingling, pressure or a heaviness sensation, fatigue, soreness, dull aches, and minor light headedness.  .

Acupuncture gets results within a large scope of disorders ranging from depression, anxiety and panic attacks, to menstrual issues and infertility, to physical pain – acute and chronic, sports and physical injuries, to diseases ranging from a common cold to immune system disorders to sleeping disorders, rheumatoid arthritis and diabetes.

In the last decade, research into acupuncture has dramatically increased.  Organizations such as NIH, The Mayo Clinic and The World Health Organization have been sponsoring case studies regarding the effectiveness of acupuncture.  “According to the National Health Interview Survey 2002, over 8.2 million Americans used acupuncture in the previous year.” (NCCAM)

NIH has found that acupuncture shows promising results with reducing the side effects of chemotherapy, addictions to drugs, cigarettes, etc…, stroke rehabilitation, menstrual cramps, fibromyalgia, tennis elbow, myofascial pain, osteoarthritis, carpal tunnel syndrome. There are many other effective uses of acupuncture not yet covered by clinical studies.

Many hospitals now offer acupuncture in conjunction with their medical practices, as illustrated by the following article in US News: “Top Hospitals Embrace Alternative Medicine,” by Avery Comarow,

“Children’s Memorial is just one of many academic hospitals where unconventional therapies have found a home. Elite centers like the Mayo Clinic, Duke University Medical Center, and the University of California-San Francisco now offer acupuncture, massage, and other CAM services. All 18 hospitals on U.S. News‘s most recent “America’s Best Hospitals” superselective Honor Roll provide CAM of some type. Fifteen of the 18 also belong to the three-year-old Consortium of Academic Health Centers for Integrative Medicine, 36 U.S. teaching hospitals pushing to blend CAM with traditional care.”

As reported in the March 14, 2013, Science Daily article by Anahad O’Connor, “Series of studies first to examine acupuncture’s mechanisms of action,” Georgetown University Medical Center has been studying the effects of acupuncture in cases of chronic stress in animal models.  In two of their studies they found that hormone levels were reduced when electronic acupuncture was applied.  Dr. Eshkevan explained in her study that electronic acupuncture was used because they could ensure that each rat received the exact same treatment.  “We found that electronic acupuncture blocks the chronic, stress-induced elevations of the HPA axis hormones and the sympathetic NPY pathway,”  This latest study was published in the April, 2013 issue of Journal of Endocrinology and the earlier study was published in Experimental Biology and Medicine in December, 2011.

In the September 11, 2012 NY Times Article by Gordon Welters, “Acupuncture Provides True Pain Relief in Study,” an intensive analysis of various studies in the treatment of arthritis, chronic pain and migraines from around the world were examined over a period of 6 years, using the initial raw data from each study.  It was found that acupuncture may be helpful in treating these areas.  Dr. Andrew Vickers, of Memorial Sloan Kettering Cancer Center in New York, lead author of the study, stated that “the results of the study suggest that people undergoing the treatment are getting more than just a psychological boost.  ‘They’re not just getting some placebo effect.’”